Barcelona lucky to draw against Benfica 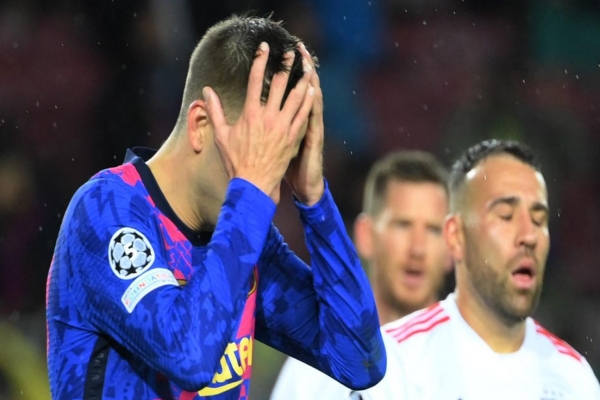 Barcelona and Benfica finished 0-0 in the important match between them at the “Camp Nou”. The match was from Group “E” of the Champions League. Los Culés suffered a heavy 3-0 defeat by the Benfica in Lisbon at the end of September, but are still in a better position to reach the round of 16. Bayern Munich has already secured first place in the group and participation in the next phase of the tournament.

The game at “Camp Nou” will be remembered with a disallowed goal for Benfica, a crossbar shot of the youngster Yusuf Demir from Barca and the huge miss of the reserve Harris Seferovic for the guests from Portugal literally in the last seconds. It should be noted that during the first half torrential rain hindered the actions of both teams on the field, while in the second half the playing conditions improved significantly.

Yusuf Demir, Memphis Depay and Gavi formed the attacking trio of Barcelona, and Roman Yaremchuk was at the top of Benfica’s attack, being actively supported in the leading positions by Everton Soares and Rafa Silva.

Benfica spent a great deal of time without the ball, but when they did have the ball they most definitely made effective use of it on the counter. Seferovic header at the start of the second half was saved by ter Stegen. The Swiss striker again had the most clear chance in the last minute of the game, where he was left alone against Barca keeper, went past him, but the shot on the empty goal was shockingly wide.

In the end, the status quo in Group E was maintained and after the last two matches it will become clear who will join the second team to the group winner Bayern Munich. The Bavarians have 15 points, Barcelona remains in second place with already 7, and with 5 in third place is Benfica. Dynamo Kiev is with just one point in last place. In the last game Benfica hosts the Ukrainians, while the Catalans visit Robert Lewandowski and company in the Bavarian capital.