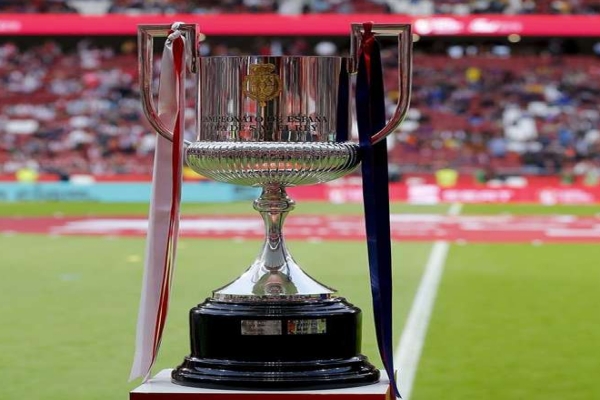 Barcelona walked on the razor’s edge, but after much trouble qualified for the 1/8 finals of the Copa del Rey. The Catalans missed two penalties in the regular time and only in overtime came to a 2-0 victory against the third division Cornella. The first goal was scored by Ousmane Dembele in the 92nd minute, and in the last seconds Martin Braithwaite scored the second. Dembele came in as a substitute and missed from the penalty spot with a comic performance in the 80th minute. Before the break, Miralem Pjanic also failed to score a penalty. The hosts, who eliminated the La Liga leader Atletico Madrid in the previous round, also had their chances, no matter how rarely they attacked.

Despite the victory, Barcelona’s game raises many questions. The Catalans avoided the shame of Real Madrid, which was eliminated from the tournament yesterday by the third division Alcoyano, but showed many weaknesses in all areas. For Koeman, it was Barça’s debut as a coach in the Spanish cup. However, he won the trophy at the helm of Valencia in 2008. The Dutchman and his team experienced great disappointment only a few days ago, when they dramatically lost the final of the Spanish Super Cup against Athletic Bilbao.

Today, most of the starters did not play, and their substitutes did not convince with their performance. Barça did not have the expected dominance in the beginning and Cornella players won two corners, but they did not lead to dangers in front of Neto. Griezmann looked distracted, Trinkao and Braithwaite were not active enough and the first quarter of an hour passed without the Blaugranes creating a clear chances. In the 15th minute Moriba crossed and the ball touched Moreno’s hand, but the referee Carlos Del Cerro Grande did not give a penalty, and in the Cup’s games there is no VAR, so the situation was not reviewed.

In the middle of the first half, Barcelona’s defense did not orient itself well after a corner, but Robles also slowed down and failed to make a good shot. Barca responded with a shot over Trinkao’s bar. In the 33rd minute, the young Portuguese was again close to opening the score. After his shot, the ball bounced at the feet of Fernandez, but Juan Ramirez reacted well and saved.

In the second half, Barcelona completely settled in the opponent’s half, but the team’s attacks were the same and did not hinder the defense of Cornella. A quarter of an hour before the end, Kuman decided to make two more shifts and Busquets and Pedri appeared in the game.

In the 78th minute Del Cerro Grande gave a second penalty for Blaugranes. It was very similar to the first. This time, Moreno raised his leg high and kicked Lenglet, who had joined Barça’s attack. Surprisingly, Dembele stood behind the ball. The Frenchman literally passed the ball to Ramirez and made Koeman furious.

In the extra time, the Barça players tried to save themselves the looming shame. In the 92nd minute Dembele opened the score with a very powerful shot outside the penalty area. Ramirez touched the ball again, but the shot was too strong and the guests took the lead. Los Cules had several chances to put an end to the intrigue, but Griezmann and Konrad de la Fuente, missed them. The last 15 minutes were easy for Barcelona. The Catalans passed calmly, and the opponent no longer had stamina. Shortly before the end, Fernanadez left the hosts with one man less after receiving a red card.

In the final seconds, Pedri was left alone against the goalkeeper, but chose to pass to Braithwaite and the Dane scored on an empty net. 2-0

Barcelona’s next game is in La Liga, where they will visit Elche.