Griezmann on the way out after Champions League elimination 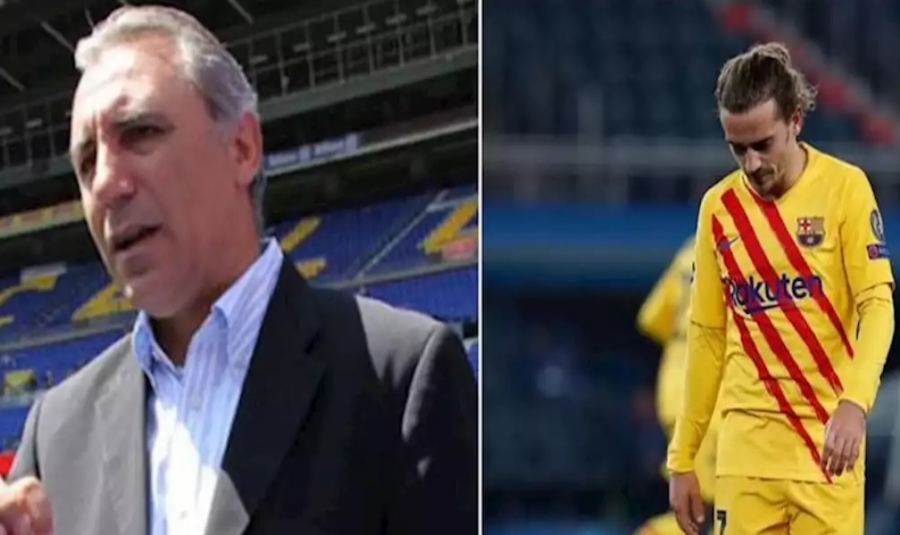 Barcelona will try to sell Antoine Griezmann in the summer, claims “AS”. The Frenchman does not live up to the expectations of the “Camp Nou” and the Catalans want to part with him so that they can finance other transfers with the money. Griezmann’s future will be among the first big decisions to be considered by Barca’s new management . According to the publication, the big goal of the Catalans for the summer is Erling Haaland, but parting with Griezmann will not be easy. The player feels good at the Camp Nou and gets along with his teammates, with no intention of leaving.

Griezmann was benched against Elche, but the argument that he was merely being rested seemed plausible given the number of minutes he’s accumulated. Not starting him in a clutch game against Sevilla tells a different story, especially given he didn’t play a single minute. It was a game that was absolutely pivotal to Barcelona’s title hopes, but Ousmane Dembele, Martin Braithwaite and even Ilaix Moriba were chosen ahead of him. Fallowed by poor performance against Osasuna and PSG the days of Griezmann in the team seem numbered.

Legend Hristo Stoichkov commented that Barcelona must sell Antoine Griezmann if they want to succeed. “When Griezmann is on the field, Barcelona plays with 10 people”, Stoichkov was direct. – “If they want to win something in the long run, they have to sell it. Francisco Trincao and Martin Braithwaite must be in the team. What is Griezmann doing there?”

For a long time Griezmann was wanted by Manchester United and was followed by PSG, but now the situation is different. In view of the financial situation in the club, the world champion with France can be sacrificed so that the club can take on new players.

Reporting that with Joan Laporta being announced as president of the club following the recent elections, Griezmann will be ‘packing his bags’. Arsenal is rumored to be interested for when the opportunity arises. So much so, they’ve tabled a bid for the World Cup winner as they prepare for a summer squad rebuild.

The obvious pick, and for various reasons, PSG are currently in a precarious position pertaining to the future of Kylian Mbappe, who is yet to put pen to a new deal. If Mbappe does end up departing Parc des Princes, PSG would be in desperate need of a top-class replacement, which is where Griezmann comes in.

The Red Devils could potentially afford Griezmann’s transfer fee as well as his wages in theory, considering they had Alexis Sanchez on an astronomical salary not too long ago. Having said that, the Sanchez debacle would surely be fresh in their minds to this day and it can be certain that Manchester United would be wary of swooping Griezmann away from Barcelona.

One of the destinations where Griezmann can settle in perfectly in the system, at least on paper. Griezmann could theoretically be the perfect foil for someone like Cristiano Ronaldo. However, the recent financial troubles inflicted by the coronavirus mean that affording Griezmann’s wages alongside those of Ronaldo could well be out of the question, and as a side point, see onlinecasinosnoop.com for wining casino strategies to supplement your own wages. While paying the transfer fee might not be as tall an order, it is the wages that could be problematic, meaning Juventus could be facing an uphill battle in their bid to land Griezmann in the summer. Eventual departure with Ronaldo on other hand could free room for Griezmann.

After arriving at the Camp Nou from Atletico Madrid in 2019, Griezmann did not live up to high expectations, and the Catalans experienced difficult moments during this period. Last season, they suffered a 2-8 loss to Bayern, and this season they were eliminated by PSG in the round of 16 of the Champions League.