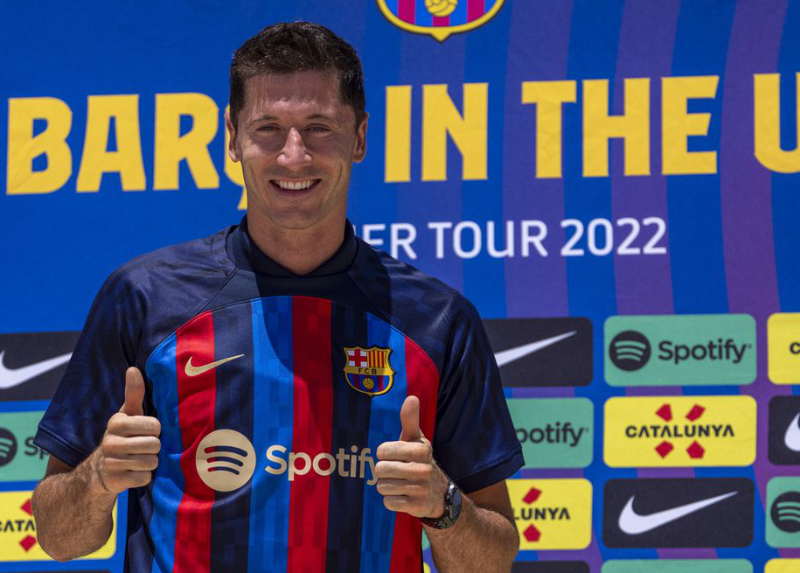 The first round of matches in the La Liga 2022-2023 season will begin this weekend, and while the official opening game won’t see our Barca boys, the wait will make the first game that much sweeter. Barcelona FC will being the season with a home match against Rayo Vallecano on Saturday, 13th August, right on the Camp Nou turf.

And we won’t have to tell you that the reason not only Barca fans, but people all over the world, will tune in this Saturday is to see the official start for the latest top addition to the football team – Lewandowski! The former Bundesliga star, along with the rest of the new club signings, is yet to be registered, but according to Barcelona management, it should be all set come the weekend, and the odds of Lewandowski starting in his first La Liga debut are pretty good, after Bracelona said that they are prepared to use a fourth lever in order to straighten their finances to the point where they’d be allowed to register their new players before the start of the season.

And speaking of odds, let’s take a look at what the gambling companies are posting for the Barcelona FC vs Rayo Vallecano game on Staurday. As noted by the popular gambling tracking website OnlineCasinoSnoop.com, and as expected by nearly all football fans, the odds on Barca to deliver a victory in their Camp Nou opener are excellent (unless you are a bettor planing to wager on the home team). The bookmakers have currently listed Barca with 1.20 coefficient to win the game outright, while Rayo Vallecano would pay on the gigantic 12.00 at most sportsbooks. A shocking draw in their first game in the 2022-23 La Liga season will multiply one’s bet by 7.50 or more, depending on the betting site of your choice.

As you can see, the first game for Barcelona this season, while froth with concerns about the new players’ ability to take part in the match, is pretty much a lock, if the odds makers are to be trusted. Surprises always happen, but one would be taking quite the risk if they decide to bet against Barca on Saturday.