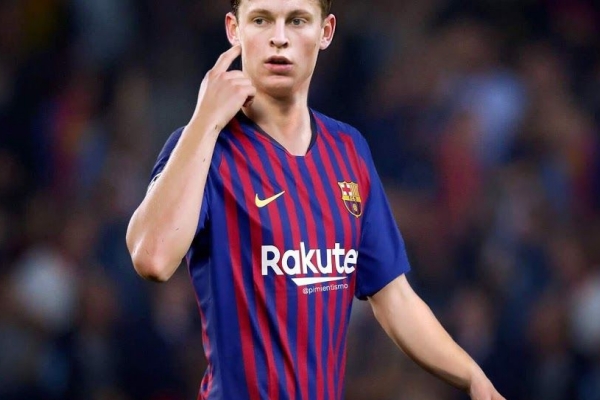 Barcelona qualified for the final of the Spanish Super Cup, after eliminating the team of Real Sociedad in a heated semi-final, which was played in Cordoba. The Catalans needed overtime and penalties to overcome their tough opponent from San Sebastian. In the regular time and overtime the match ended 1-1, as Barca took the lead, but the symbolic hosts equalized at the beginning of the second half. During the penalties, the players of Ronald Koeman and especially Ter Stegen, showed stronger nerves and prevailed with 3-2.

The final of the tournament is on Sunday, and Barcelona will face the winner of tomorrow’s semifinal between Real Madrid and Athletic Bilbao. The clash for the trophy will be played in Seville.

Far more effort had to be made by the German keeper of Barcelona in the 17th minute, when Alexander Isaac was left alone against him. Ter Stegen still kept his composure and prevented a sure goal for the team from San Sebastian. Barcelona responded through Lenglet, who took a long shot but it went wide. Strong minutes followed for Ronald Koeman’s boys. Twice Martin Braithwaite had very good opportunities, but in the first, his shot was deflected by the keeper and in the second, which was header, was inaccurate.

Barcelona still showed their class in the 39th minute, when they managed to take the lead. After an excellent three-run attack from the left, Frenkie De Jong materialized the efforts of his teammates, scoring with a header for 1-0. Braithwaite found Antoine Griezmann at the penalty spot, who immediately crossed to De Jong, and the Dutchman with a header from a difficult position sent the ball under the crossbar.

Immediately after that, the Real Sociedad team had the opportunity to equalize, but Ter Stegen, although unconvincing, deflected a dangerous shot by Isaac.

The second half started well for Real Sociedad. In the 49th minute, the hosts reached a penalty after Frenkie de Jong hit the ball with his hand in the penalty area after a cross from the left. The Barcelona players protested claiming that the violation was outside the penalty area, but after reviewing the situation with VAR, the decision of the referee was confirmed. The Spanish national Oyarzabal did not flinch from the penalty spot, sending Ter Stegen to the opposite corner for 1-1.

In the next attack, the players of Barcelona demanded a penalty against De Jong, but replays showed that the violation is in attack and is in favor of the team from San Sebastian. In the minutes until the end of regular time, Barcelona was the more active team, but the rare chances in front of Real Sociedad did not lead to the desired result and so the match had to be decided after extra time.

In the first overtime, Zaldua was very close giving a lead to his team. In the 94th minute, the defender sent a really good ball, but Ter Stegen saved virtuously. Ousmane Dembele also squandered a very good goal opportunity. He found himself in a good position in the penalty area, but his shot from ten meters was saved by Remiro. In the second half Antoine Griezmann had two excellent opportunities one after the other, but in the first his shot from a free kick was blocked. Three minutes before the end of extra time, luck saved Barcelona. Real Sociedad took a direct free kick  ​​and behind the ball stood Januzaj. The technician decided to shoot directly and was very close to hitting the target. His shot hit the side post.

The penalties started with two misses. At first Jon Bautista was hesitant for Real Sociedad, but immediately after that Frenkie de Jong shot at the crossbar and kept the score unchanged.

The captain of the symbolic hosts Oyarzabal, who was infallible from the penalty spot so far, made a mistake and gave Barça another chance to take the lead. This time Ousmane Dembele was uncompromising and scored.

The tension fell on Willian Jose, who also missed. Pjanic scored for Barça and increased the lead of his team. Merino was uncompromising, sending the ball under the crossbar to keep Sociedad hopes.

This was followed by a hesitant shot by Griezmann going wide and a well-executed penalty by Januzaj.

However, Riqui Puig decided everything with the last shot in the match. 3-2 for Barcelona in the penalties.