Barcelona back on track with 3-0 win over Real Valladolid

Clement Langlet (21), Martin Braithwaite (35) and Lionel Messi (65) were the scorers for the Blaugranes in the Tuesday’s win against Real Valladolid. With the success, Ronald Koeman’s team collected 24 points and came out in fifth place in La Liga. Valladolid is 18th with 14 points.

In the 7th minute, a dangerous shot by Messi went past the crossbar. In the 20th minute Pedri found Messi, whose shot from about 20 meters was tipped by Masip over the goal post. A minute later, Messi crossed in the penalty area and Langlet scored with a header for 1-0.

In the 35th minute the Barca scored a second goal. Messi passed to the right for Dest, who crossed from the edge of the small penalty area, where Braithwaite stretched and scored for 2-0.

In the 65th minute Barcelona guaranteed its win when Pedri with a heel brought Messi to shooting position and the Argentine did not make a mistake for 3-0. 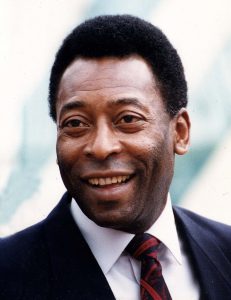 With his goal Messi beat Pele’s record for the number of goals scored for a single club. That was his 644th goal for Barcelona. “When I started playing football I never thought I’d break any record, especially not the one I achieved today that Pele held,” wrote Messi on Instagram after the match.

Next game Barcelona is facing relegation fighting Eibar at Camp Nou, a win could put Blaugranes in 3th place. Still leader In La Liga is Atletico Madrid with 32 points and only one loss in thirteen matches so far.

Barca ends the year with another disappointment 1-1 with Eibar